01.11.2017 Permalink
Several years ago, I was on a trip to Possagno in Italy, and we went to the Gipsoteca of the Italian Neoclassical sculptor, Antonio Canova. The museum contains his plaster models and shows his prowess at getting all the major commissions that Europe had to offer at the end of the 1700s and early part of the 1800s. He even made sculptures for America of George Washington and Thomas Jefferson.
Canova drew his inspiration from the past, thinking about how he could play forward the rich tradition of Roman and Greek Sculpture in the present. His work also shows the first symptoms of the experimentation of the modern age. To achieve this great task, he employed a workshop that helped him to achieve his artistic vision. He hired workers to transfer his plaster models to marble.
Using the latest technology of his time, he perfected a machine called a ‘pointing’ machine. He was able to work extremely quickly and accurately, using this cutting-edge technology. The machine revolutionised sculpture in the late 1700s. The measuring tool used by stone sculptors accurately copies plasters and allows artists to recreate their vision in stone. 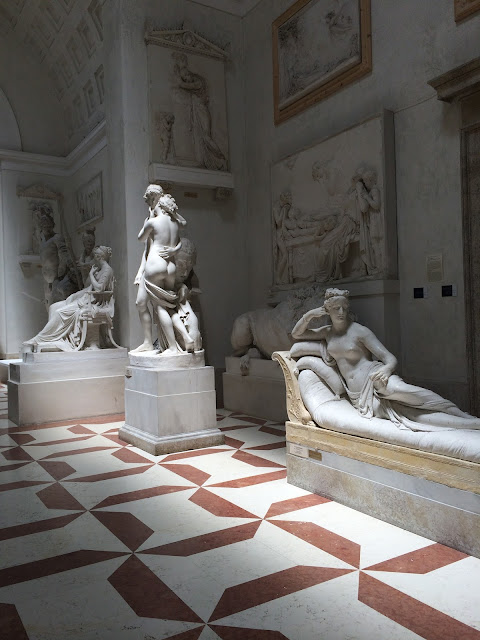 I stayed at Canova’s museum/home for close to five hours and revisited it the next day. There was something there that I couldn’t put my finger on, something that I was supposed to take in. Something I was meant to take away with me and play forward.
I was amazed at how prolific he was. I sat in the Neoclassical room letting in this unreal world. The white sculptures are bathed in light that falls from above. There is such a sense of unending peacefulness, and I had the pervasive feeling that I was a visitor to a sacred space.
As my life progressed from that moment, I now know why I was meant to be there that afternoon.
What did I learn and how did I apply that lesson?
When I finished the drawing for the full composition of A Soldier’s Journey in February 2017, I felt that I had accomplished an epic feat in a very short period of time. The creation of that design idea came from nine months of incredibly focused and intense work done within the walls of my studio. The complete drawing was started during the Thanksgiving of 2016 and completed in February. The actual drawing part took me 750 hours of the most intense work of my life. In January alone, I worked 30 days straight, for 10 hours a day on average. Needless to say, the task paid off – as we received concept approval from the Fine Arts Committee on May 18th 2017.

After that brief moment of elation that, for me, really only existed for hours, I knew what the next steps were. I would have to translate that drawing into a sculpture maquette.
I knew that I had to rethink how I would proceed. There was no way that I would be able to achieve so-called ‘museum level’ quality in the short span of time afforded for completion. The success of proceeding forward lay in figuring out a plan to maintain quality with maximum speed.
I had had a visit to my studio in April by Richard Taylor, who owns Weta Workshop in Wellington, New Zealand. Richard had been following me for years and had a trip planned to New York for the premiere of Ghost in the Shell. Even though his company is well known for its work on The Lord of the Rings and Avatar, he has a real passion for Classical art, specifically sculpture. When he visited my studio in south Bronx, he was blown away by my drive to create a Classical figurative art that played forward this rich tradition in a modern context. His reaction was, “There is no shtick here. This is all about the art.”
The seed was planted when he asked me on that rainy New York day if I’d like to come have a look at his workshop in Wellington, New Zealand. Two weeks later I boarded a plane for a trip that would take me 9000 miles away from my studio and my family.
Weta Workshop is unique in the world. I knew that I had to take the grunt work out of the process, and I couldn’t do it by myself. I needed a highly skilled workforce to accomplish this task quickly. I wouldn’t have time to train a group of people in my Bronx studio. Weta Workshop has a sculpting department with figuratively trained sculptors. Those sculptors are from all over the globe: Spain, China, Japan, England, and Switzerland.
Those sculptors also knew how to take my vision within the concept drawing and help me translate that into sculptural terms. To do that, we photographed models in Weta Workshop’s Photo Studio from 360 degrees. The models were lit to pull out the structure and volume of the body. With that information, we were able to start sculpting on the computer, the figures in the round. We could then take those digital files and compositionally flatten them to different degrees of relief. The beauty of this programme called ZBrush is that you can move and manipulate figure compositions at a technological rate of speed, not a human rate of speed. This allows different options in figure composition to be explored in hours rather than days. 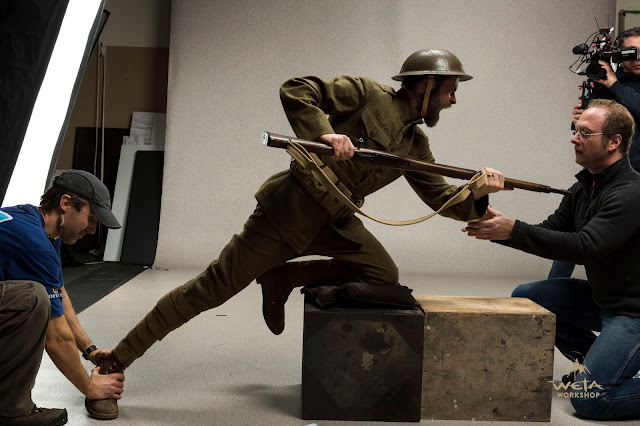 This information is then milled out and overnight a decision can be made about the depth of a grouping in the relief, or the scale of a figure in the relief. Things that if done manually in clay would take months as opposed to hours.

A short time after starting to work with the team at Weta Workshop, Canova’s studio popped into mind. In some ways, I have borrowed from the past and played forward a similar system of creation.
Just like Canova, who perfected the use of the pointing system to bring his art to life, I am using a modern technological tool to bring this relief to life. Canova also used a large trained workforce, and Weta Workshop supplied me with that. And lastly, just like Canova, I too feel like I am playing forward a tradition of figurative art that comes from the same roots of Greece and Rome! 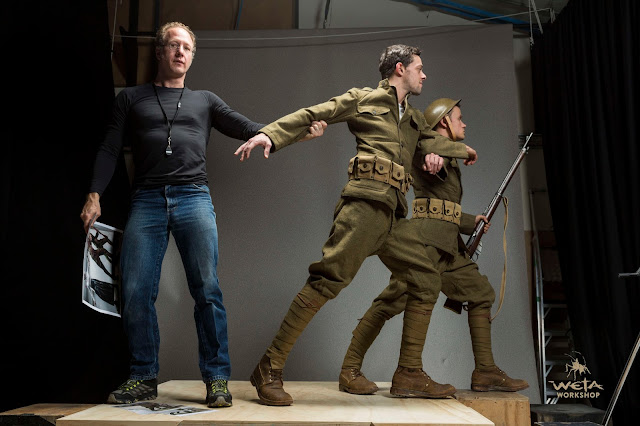 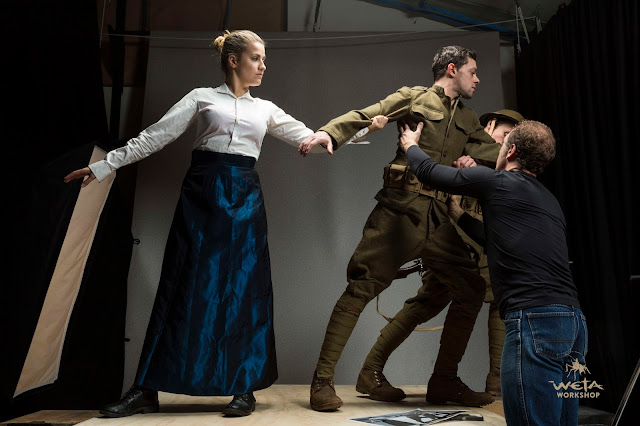 So there you have it. Technology can become useful in the creation of an art form that speaks about “us” and is traditional.
Sabin Howard
Comments
Site TitleSite Slogan